I can’t remember how many times I’ve started new drafts for this post, a pretty typical Game of the Year list. It’s a frivolous thing to write, and it’s not like I’m going to say anything ground-breaking…so why am I here, still trying to find a way to hit publish on a 2019 list at the end of 2020? Well, we’re 9 months into The Great American COVID-19 Quarantine™ and I have little better to do. But it’s mostly that I want to prove to myself that I still can publish this? I refuse to let the year that was my 2019 continue to prevent me from writing something I should have had fun with.

2019: I spent most of that year asphyxiating in a miasma of depression. I was in a situation I needed to escape, and I knew it, but I was being actively drained of the self-confidence to break out. There were plenty of times when I wanted to write, but I would sit down and lack the oxygen to think critically. “Oh, what can be said about The Video Games That Are Good?” How could I think about something like that? I couldn’t, not then.

So here I am at the end of 2020, and against all odds and an atrocious epidemic, I’ve made it through to the other side of that miasma. I’m here to close this loop, so I can move on to writing the fun stuff. Although I don’t remember these games as clearly as I would’ve last December, I still feel that I owe it to them to get my feelings out into the world. Rest in pieces, 2019. But thanks for the memories. 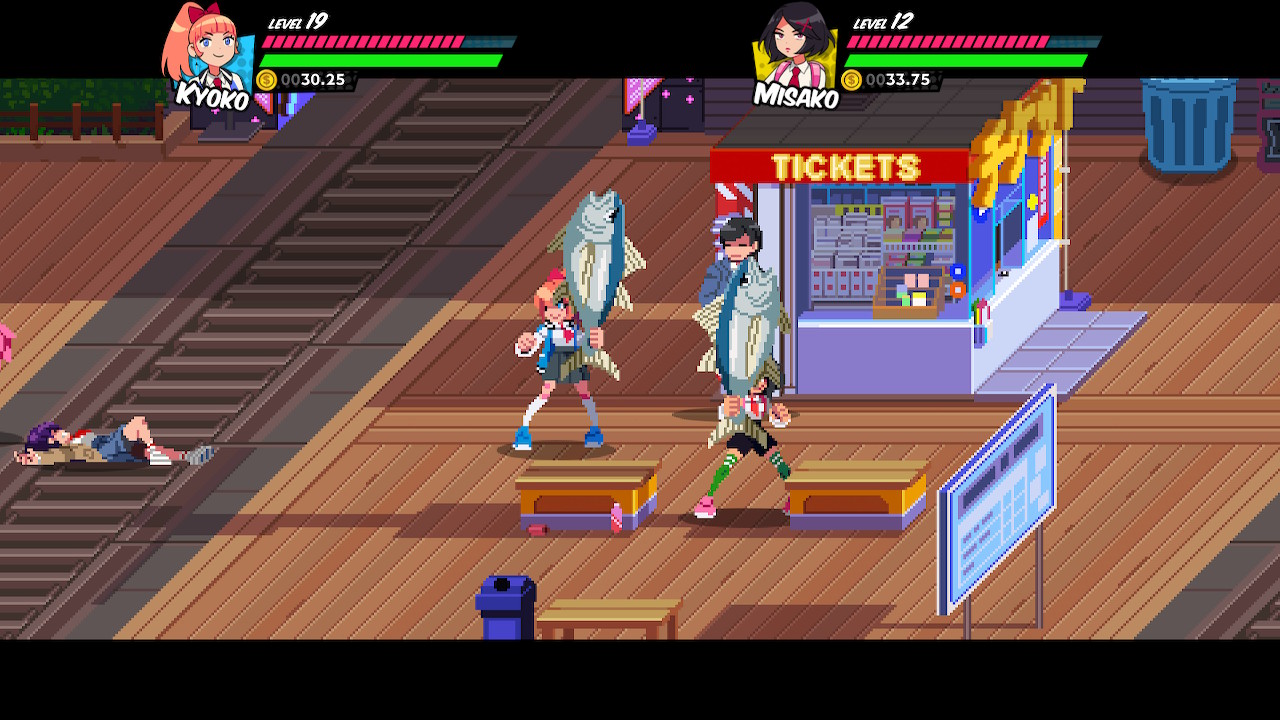 I open with River City Girls: not because I liked it the least, but becuase it needs shockingly little explanation. It’s goofy as hell, stunning in motion, and extremely satisfying to play. It was by far the most fun I had with a game in 2019, and it’s claimed the crown as my new favorite beat-em-up ever. 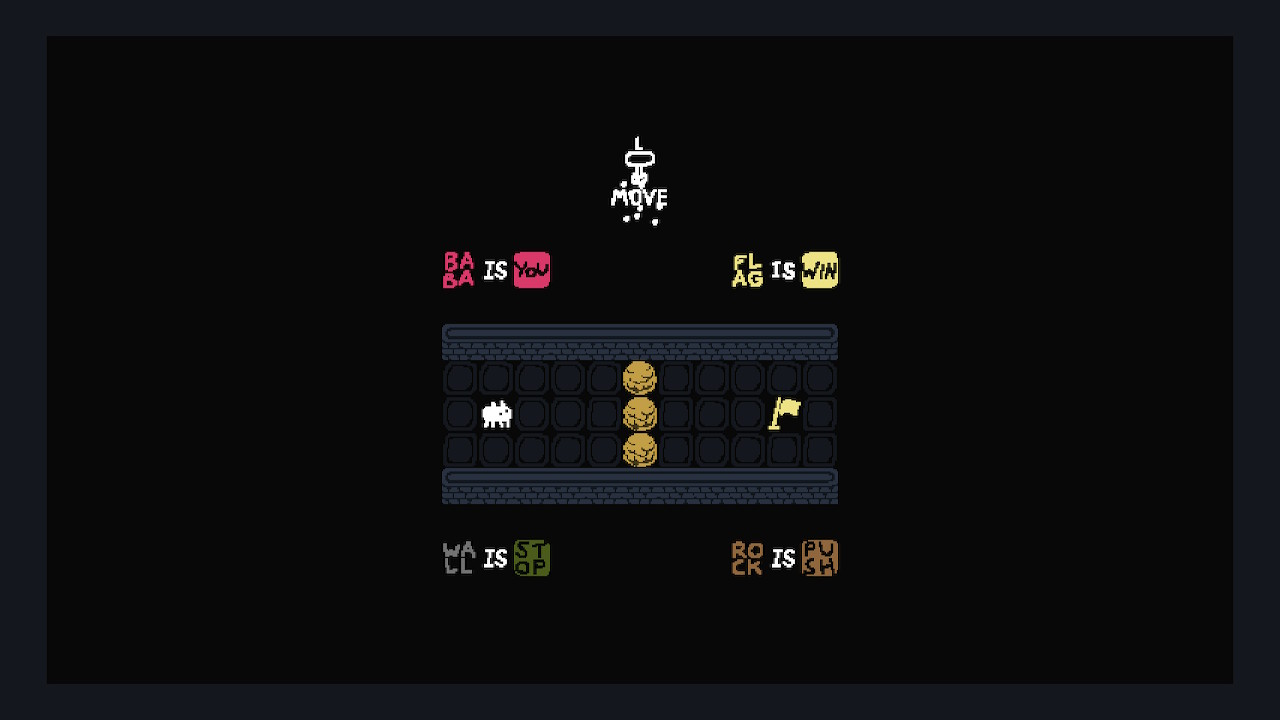 An approachable, yet aggressively evolving puzzler where the goal is to break the game. You manipulate the typical game puzzle objects, like blocks, switches, water, and lava, but also, critically: the verbs and nouns that define the rules of the stage. For example: perhaps you’re surrounded by walls that separate you from the goal. If it’s impossible to get outside of the walls, then all you’d really need to do is become the wall, right? There’s nothing stopping the wall from reaching the goal. This kind of lateral thinking makes for an exceptionally difficult game (I was stumped after a handful of levels), but it’s truly brilliant and I love it for that. 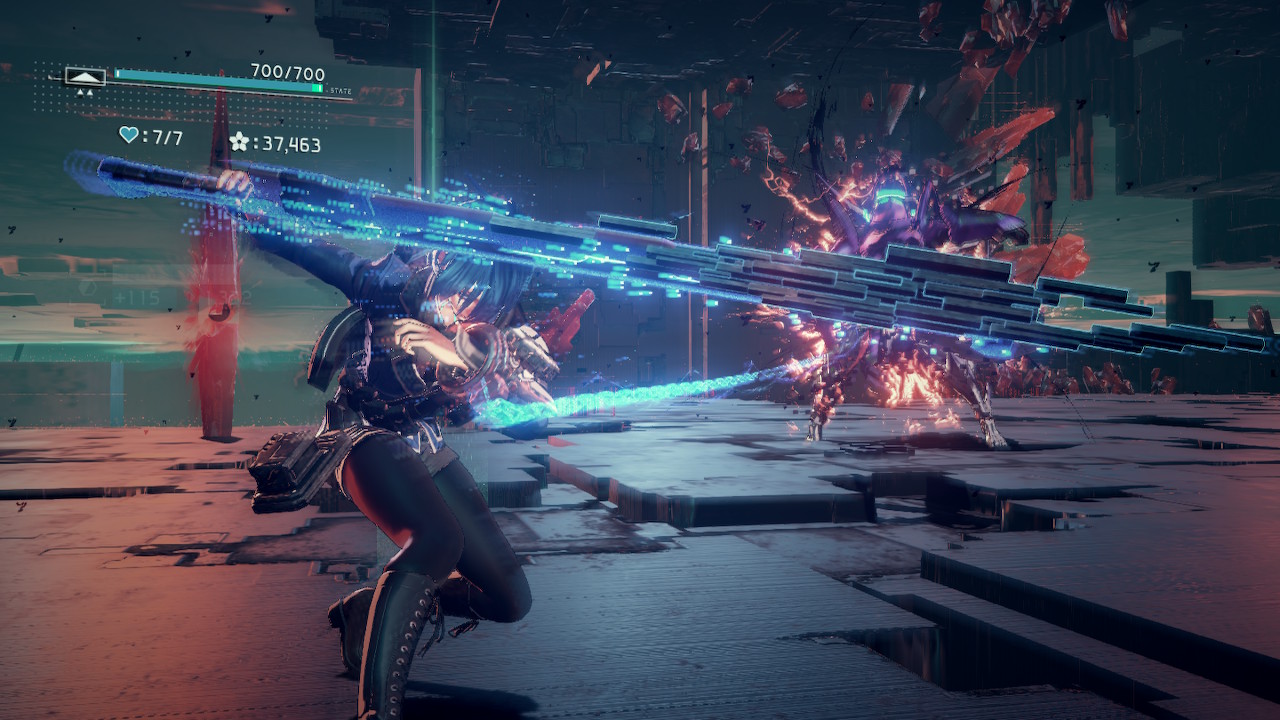 Astral Chain’s mind-melding action splits inputs between two characters at once, who are quite literally joined by a chain. As you input attacks and movement for your “legion” partner, you can use the chain between you to halt charging enemies, tie around targets, or yank yourself out of harm’s way. It’s such an audacious mechanic that it’s surely not going to feel natural to everyone! But to me, it was inspiring, a demonstration of how the seemingly cut-and-dry action genre still contains boundless potential. 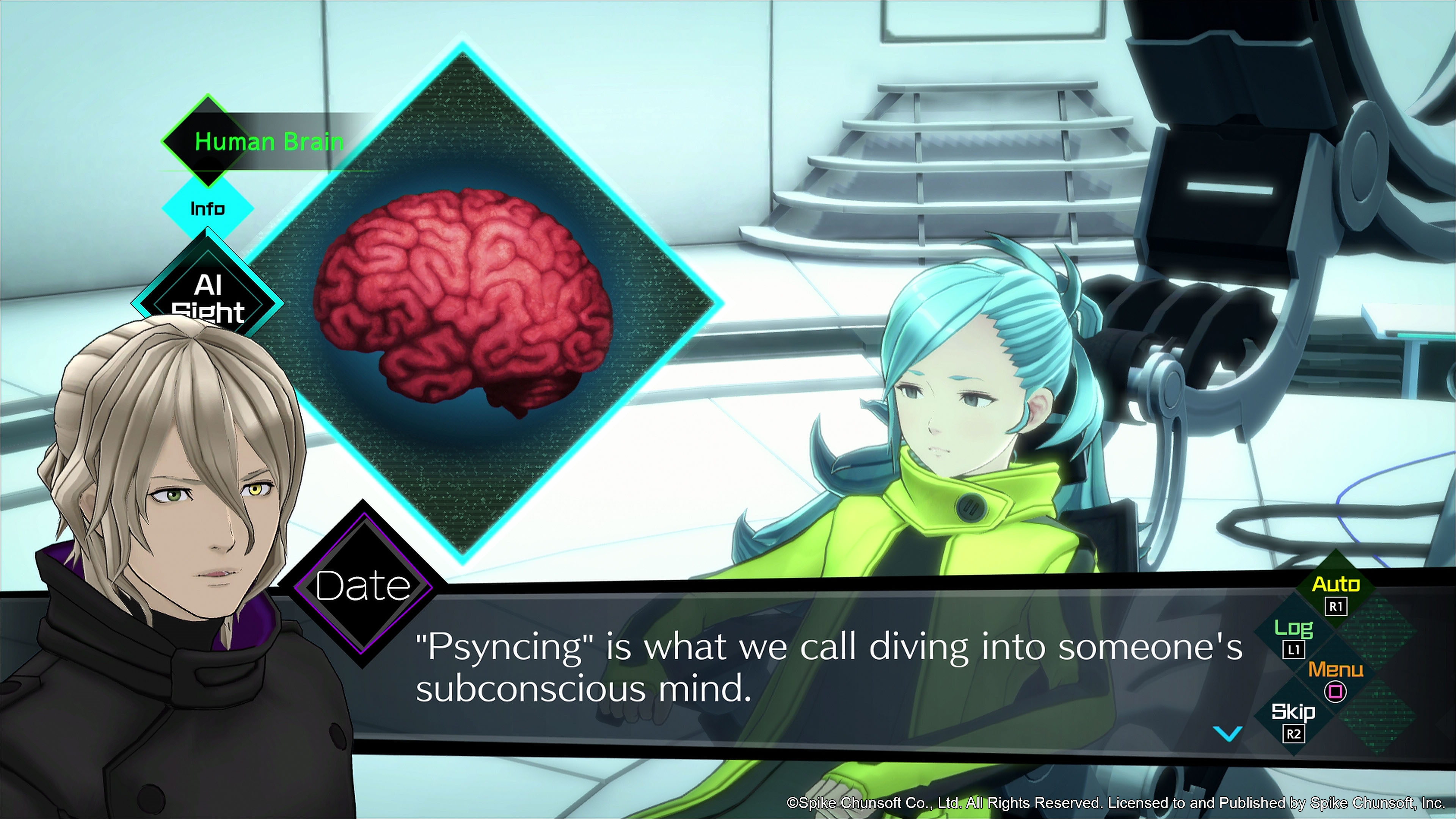 Somewhere deep below this game’s sci-fi framing, where you’re some kind of deeply invasive brain-cop…AI becomes a moving story about the different kinds of “family” in our lives. What kinds of allowances would we grant to our family’s wrongdoings? What lies would we tell for the good of those we love? Or worse, what lies would we believe on behalf of those we are “supposed” to love? How are we meant to deal with familial love that becomes conditional…? These are the questions that AI tackles with uncommon maturity as it explores what family is, can be, and should be. 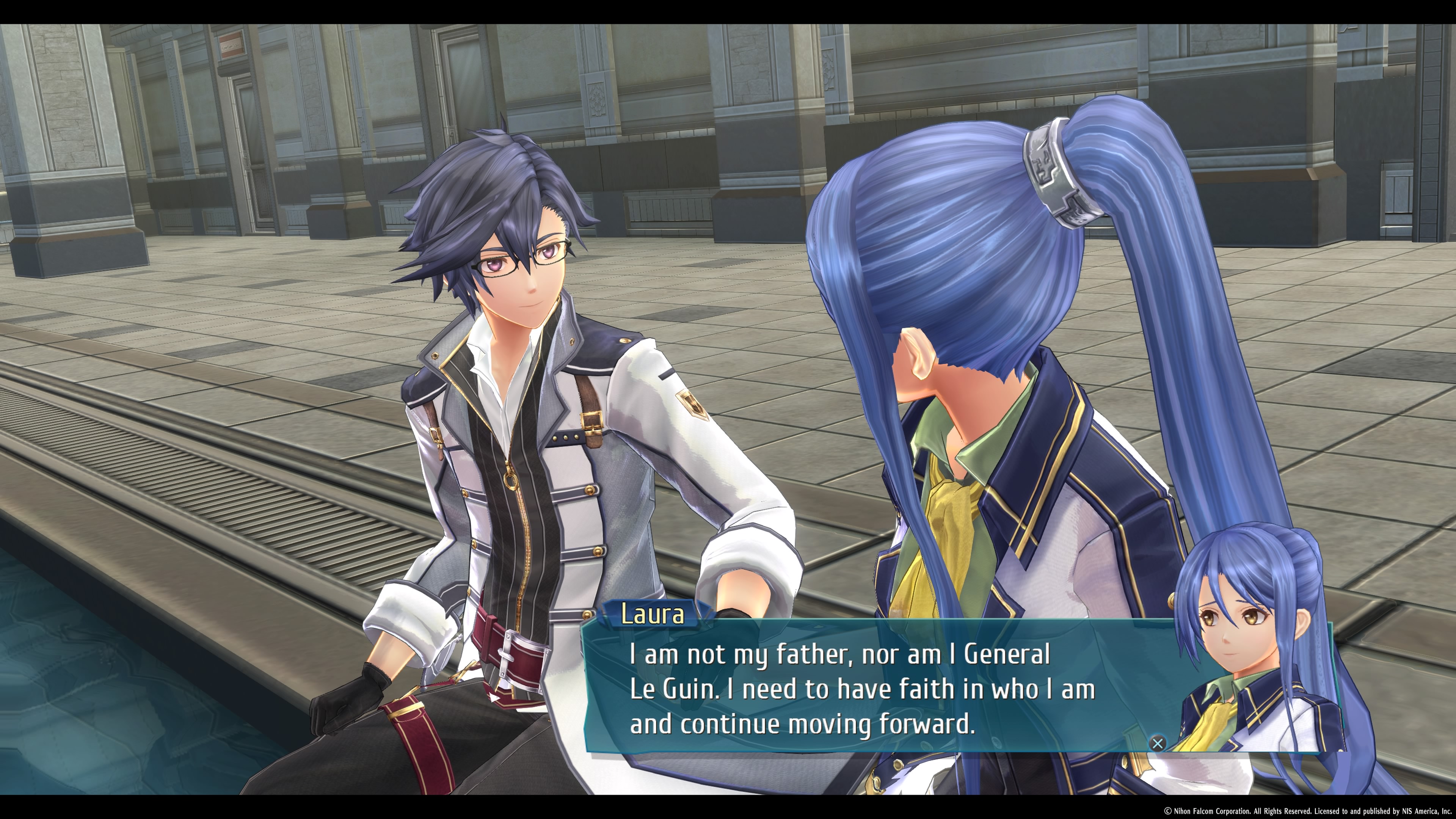 Let me get this out of the way quick: I’ve been fairly critical of Cold Steel thus far. Despite its strengths, these games are sluggish to a fault, much too long, and they too often betray their characters’ integrity with “harem” anime shenanigans. But Cold Steel 3 is different, and the first of this series that I’ve fully enjoyed. It builds upon a web of political intrigue with a (largely) new cast, and wastes no time engaging them directly with the anti-imperialist themes of the story. I have a long ways to go before I finish this, but my “early” (20+ hour) impression is that this game is nearly everything I had hoped Cold Steel would become. 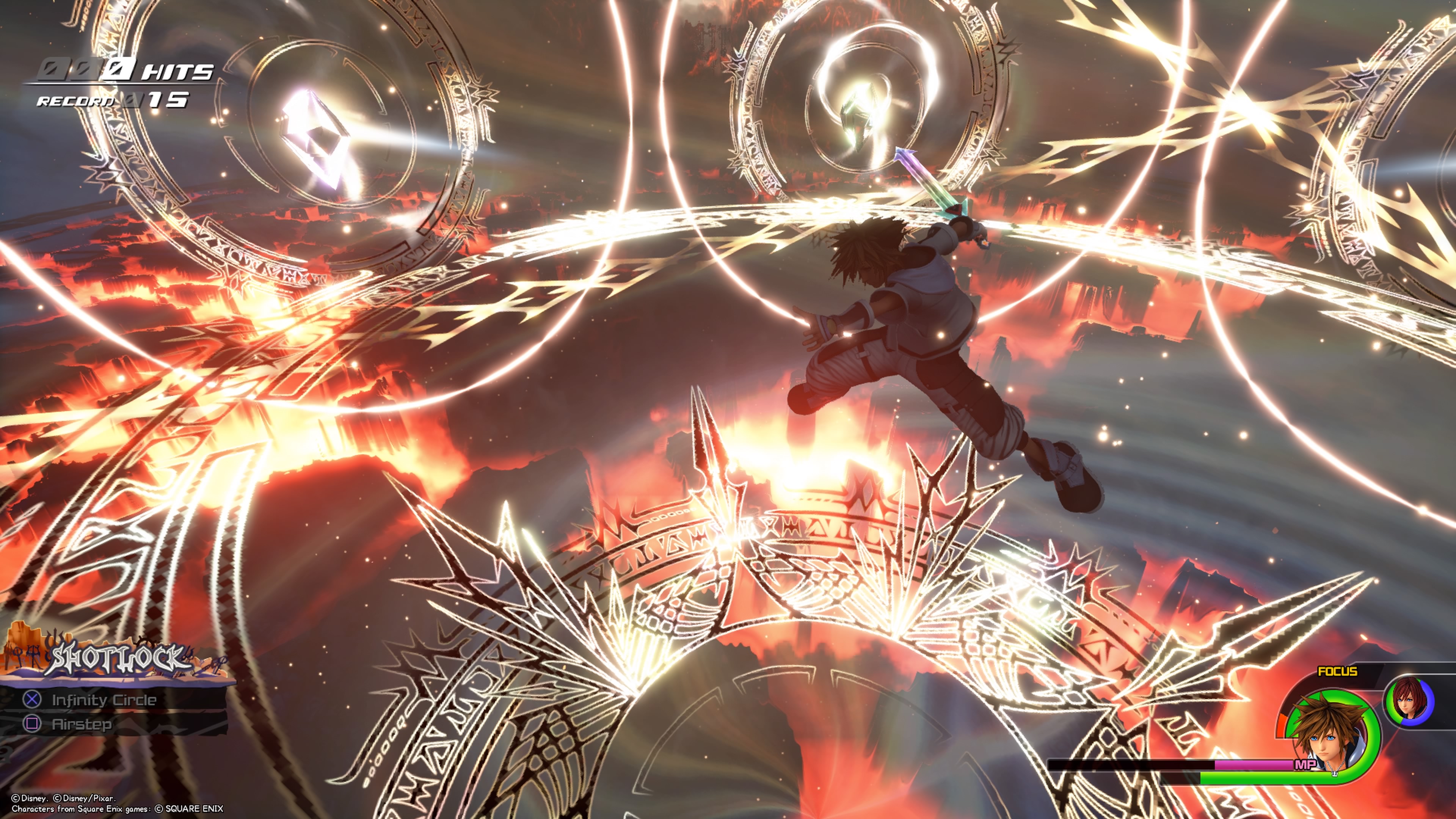 The poofy pants, the svelte black jackets, the lunacy of the lore - once again, I’m here for all of it. Kingdom Hearts 3 is where the ever-smiling Sora is brought down to reality, finally learning that happiness and optimisim alone aren’t enough to save the world. It’s a salty-sweet mishmash of teenage angst and nostalgia that hit me like a melty popsicle on a midsummer sunset. And the visual spectacle here is utter lunacy. Where else can you watch Donald Duck cast the most powerful black magic ever seen in the Final Fantasy universe, then die? That’s Kingdom Hearts, baby, keep ‘em coming. 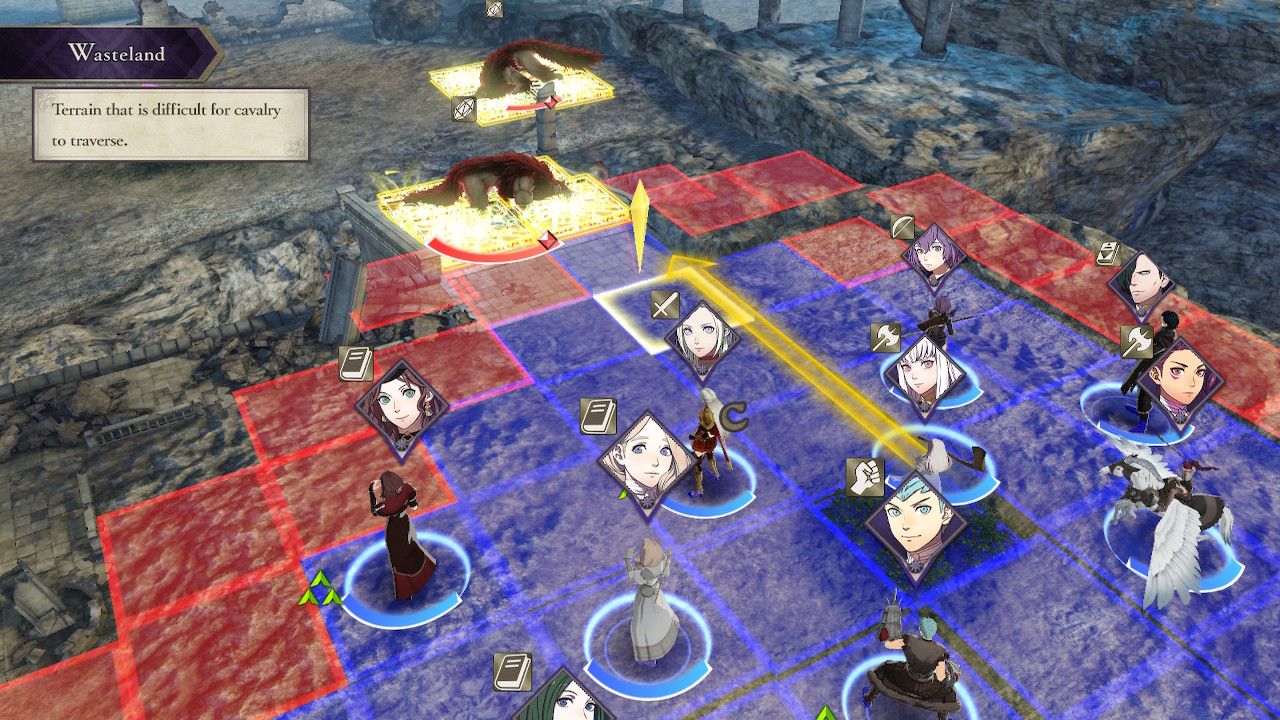 If you asked me what I wanted from Fire Emblem before Three Houses, I probably would’ve talked about some kind of “return to form,” revisiting the linear fantasy and (comparative) mechanical simplicity of the classic games. That’s…not what they did with Three Houses, though, and I love to have been proven so completely wrong. Instead, Three Houses builds deeply upon the role-playing and narrative fantasy of the series by making you an instructor at the Garreg Mach Monastery. It’s more of a military academy, really, and outside of narrative battles, it’s up to you to instruct each student in their growth as a warrior.

Have I mentioned that this monastery is more of a military academy? Is that weird? Hm…well, how do you feel about the church, anyway? Obviously, there are major differences between the titular Three Houses, and your allegiances dramatically alter the events that occur, as well as the specific way you’ll perceive them. Three Houses masterfully obscures information between the different paths through the game, making each playthrough feel “complete,” while somehow glossing over critical details from other playthroughs that might otherwise change your feelings. It made for an engrossing social scene, where everyone was determined their house was the one in the right. Oh, and special recognition goes out to Joe Zija for stanning the Golden Deer cause. The game wouldn’t have felt the same without it! 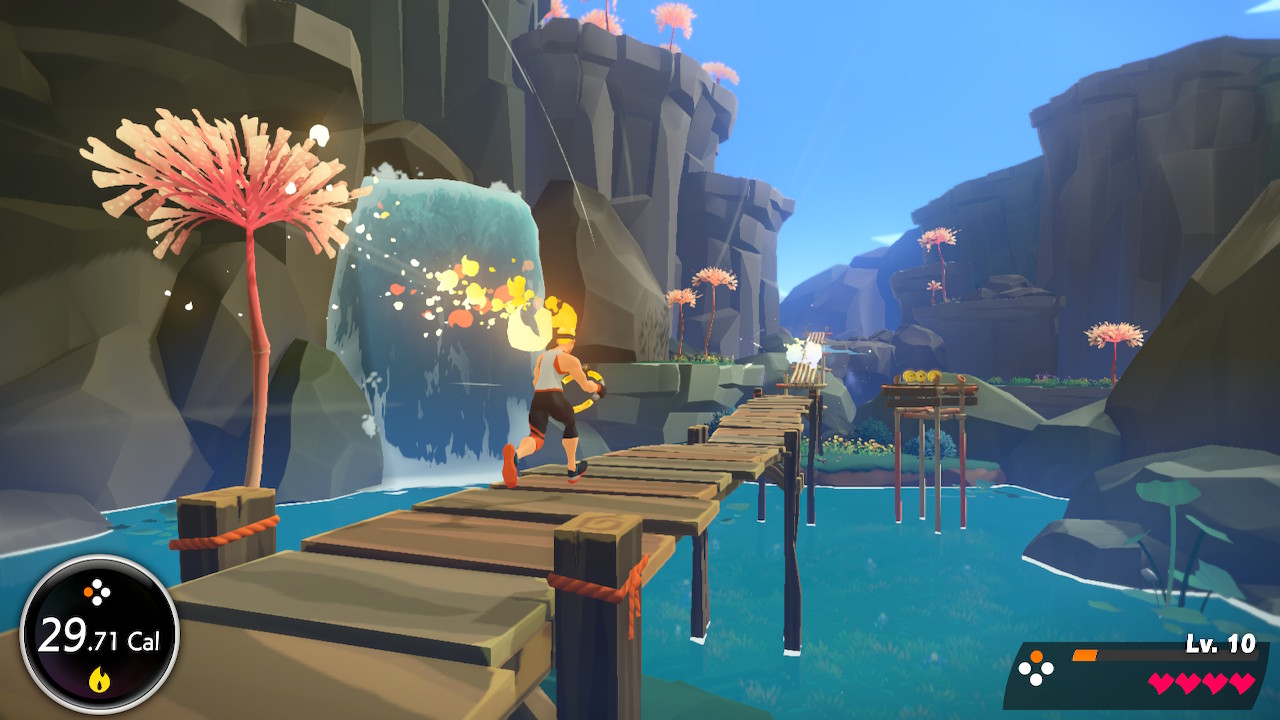 In a year of inventive games, Ring Fit Adventure stands above. I’m impressed with so many things about it: for one, the way that it neatly analogizes fitness to role-playing genre norms. There’s the construction quality of the “ring con” controller itself, which is top notch and fully prepared for your most vigorous flexes. The variety of exercises available makes Ring Fit approachable and useful to folks of many levels of fitness and ability. What stands out the most, though, is its deeply nuanced fitness coaching. Every session ends with an easy-to-understand health tip - maybe a quick dietary explanation, or some reasoning behind why it’s good to stretch before/after exercise. Ring Fit understands that nutrition and fitness are not one-size-fits-all endeavors! As obvious as that sounds upon inspection, it’s something that a shocking amount of books, blogs, and “experts” have gotten (and continue to get) woefully wrong. When Ring Fit is at its best, it’s a tool that teaches lifelong fitness lessons that your mind and body will benefit from. 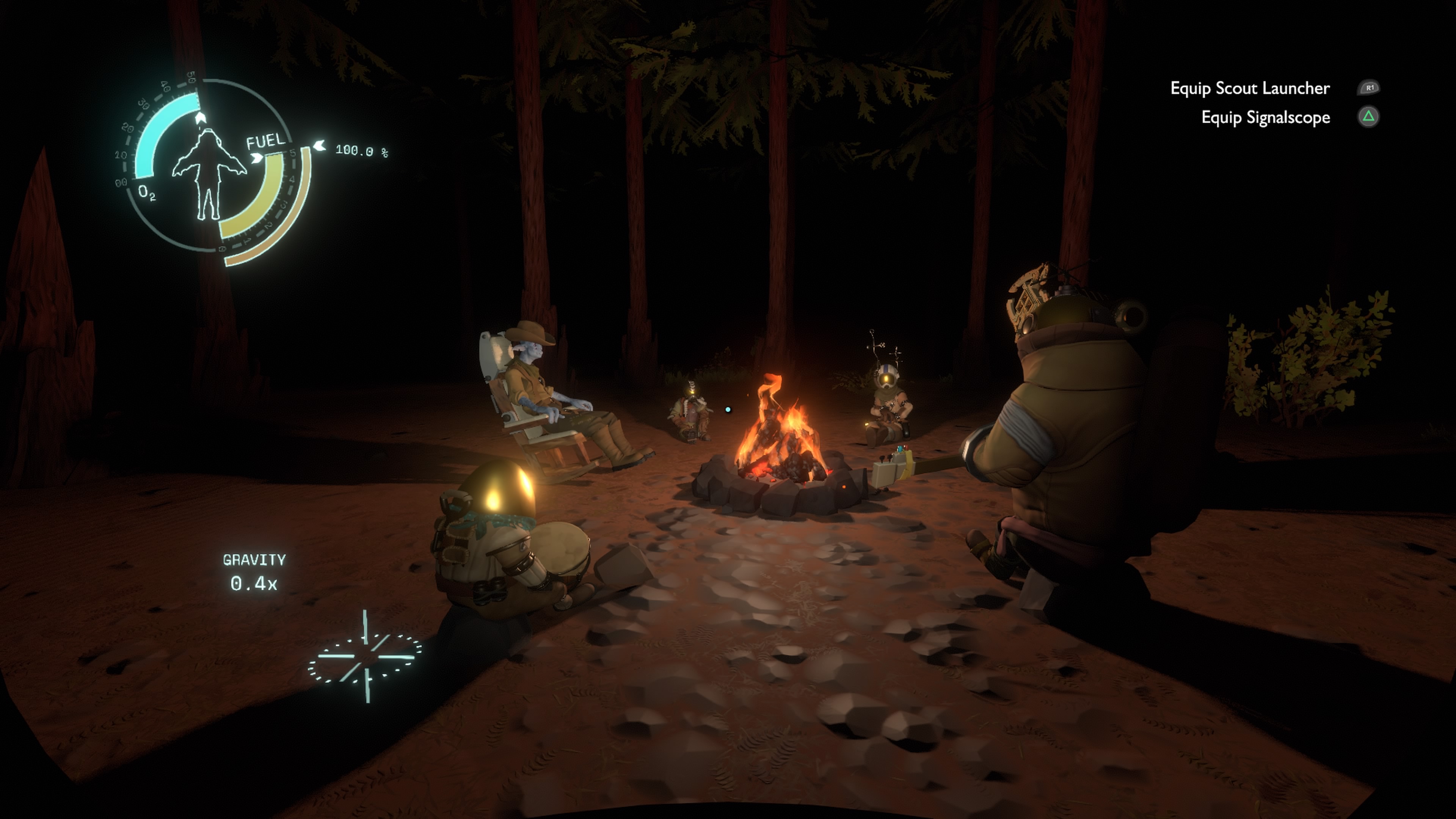 Outer Wilds is hauntingly beautiful; a vast mystery set in the quaintest of galaxies. You leave your tiny planet to research the technology of the ancient Nomai civilization, who mastered interspace travel and roamed the universe like it was their playground. There’s a big catch, though (watch out, I’m about to spoil it…right…now): around 20 minutes into your journey, the sun explodes. Every star in the universe, actually, is fated to blink out one by one. Your character will awake back on their planet as if the journey never happened, and it’s your job to figure out why, and if anything can be done to stop it.

You’ll piece together the answer bit-by-bit as you freely explore different planets, quietly racing against time before the sun explodes. It turns out that 20 minutes is a lot of time: enough time to go anywhere and explore whatever you want, but not enough time to stay stumped in one place. Funnily enough, I quickly learned to appreciate the impending end of it all, as it became my opportunity to stop fretting and chase down a different loose end.

At the end of the game, you too will know the secrets of the universe, and what led the Nomai from their home (wherever it is) to every known planet in existence. Outer Wilds is an intriguing mystery, for sure, but it’s also a fascinating commentary on science, the relentless crawl of progress, and what we do with our finite amount of time alive. I’m about a year removed, at this point, and thinking too much about the ending still kinda’ moves me to tears. I can’t recommend it enough. 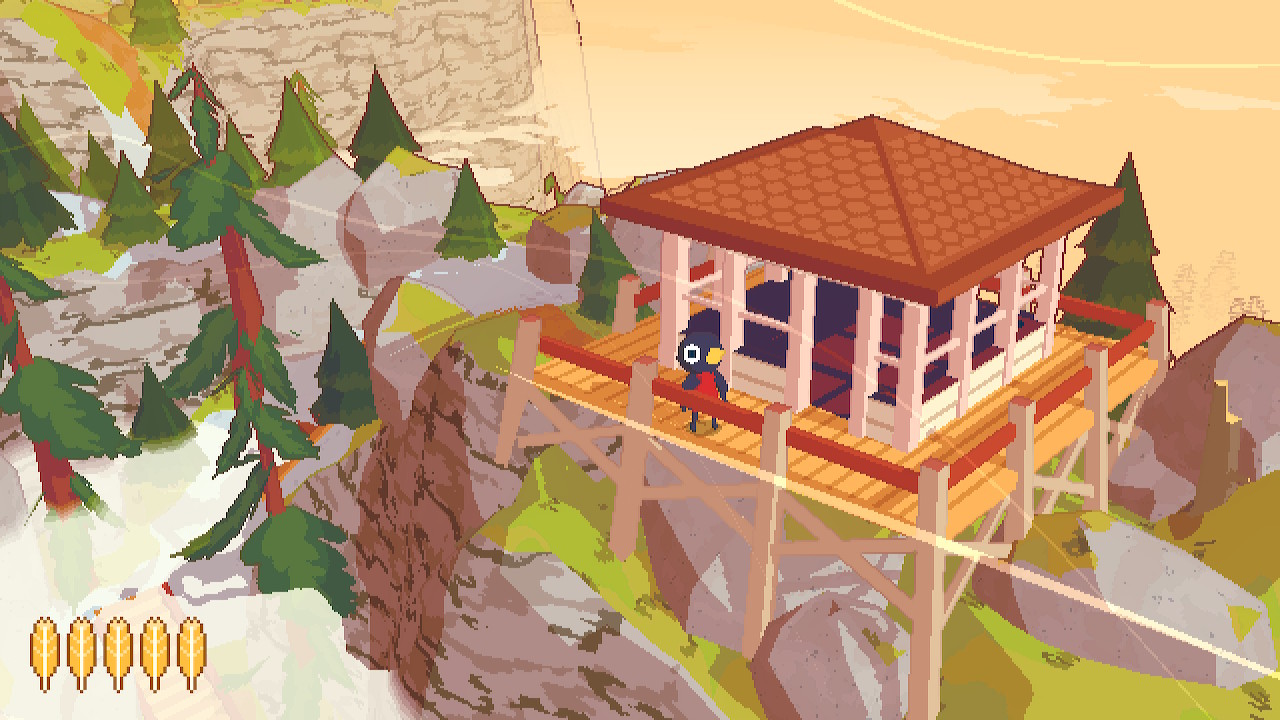 At once cozy, funny, and introspective, A Short Hike is without a doubt my favorite game of 2019. It’s a short and sweet adventure game on a small island. The only real objective is to reach the top of a mountain, and you’re otherwise free to wander, get to know people, and take in the sights.

I’m realizing now that it’s hard to explain the simple joy this game brings. As with all of my favorites, a massive part of the appeal is the incredible soundtrack by Mark Sparling, which brings the low-poly characters to life, and makes them feel perfectly at home among the vibrant colors of the island.

Many of the characters you meet have their own personal struggles, which you’ll only get to know if you take the time to talk to them (the game’s best moments are hidden in “repeat” conversations). One is a painter, struggling to find subject matter that feels “worthy” of painting. As you get to know them, though, you’ll discover their issue is actually more impostor syndrome than anything else. Even in this game’s wry mode of language, their discussion on what’s “worth creating” is candid. And for a game that only takes a couple hours to clear, it’s shocking just how many conversations take this same trajectory. Since my first playthrough in 2019, I’ve revisited it twice, and every time it’s given me a renewed sense of calm and perspective. That I continue to get so much from such a short experience continues to astound and inspire me.

Thank you for reading this dusty old Game of the Year list. On that note, I have to make an important housekeeping update: “Level+1” is coming to a close! I still intend to blog whenever I’m struck with an idea, but for a while now, I’ve resented how this website’s “brand” is dishonest to the way it’s used. There was a time when I aspired towards publishing guest posts, discussions with friends, and more, but all I really want/have time for is a space to write in a personal capacity. So sometime soon, I’ll move this (and all of my old posts) to a new domain (and probably refresh the design, too).

I’ll see you sometime soon with my favorite games of 2020!